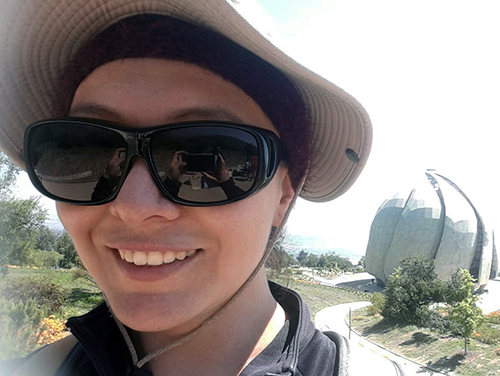 Berenice Talamantes Becerra recently attended the First Youth Latin-American biotechnology summit (Allbiotech 2017) held in Santiago, Chile where she presented her ideas on the challenges we face with bioanonymity.

Allbiotech 2017 is an event that brings together the 100 most outstanding young leaders of biotechnology in Latin America and 30 prestigious exponents in order to discuss the present and future challenges for the region's bio-economy. It is great to see Bere representing the IAE at this event.

Bere presented in a session called the “Biohackathon”, where students were arranged in 15 teams to propose a solution to current challenges for Latin America. In her session, she discussed bio-anonymity and biological data. The problem with bio-anonymity is that there are no regulations that explicitly define biological data as a sensitive data. This may be a problem in the future because bio information can be stolen, corrupted, falsified, or misused. Forensics studies rely considerably on DNA identification and in some cases these can be incorrect. In some countries like the US, there is no regulation about data protection. Therefore the only way to keep your privacy is by being “invisible”. The outcome of this activity, was a talk describing the need of regulations in Latin America to allow citizens to have the right to decide to allow or prevent the use of their biological data (ancestry DNA, family tree, app store, fitbit), and if the data is going to be used, people should be informed about the purpose and reasons for which the data will be used.

Bere believes that this is particularly important when considering the potential for discrimination based on genetic data in the near future. 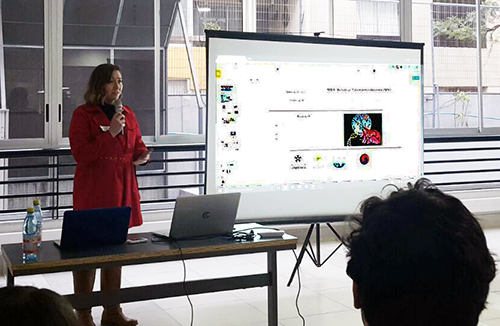 The event started with a key note talk about bioeconomy, in which the speaker was clear that Latin America cannot rely on fossil fuels as the main source of energy and should find a replacement. For instance, Biotechnology can prove to be a valuable tool and contribute to the sustainable use of biodiversity (e.g. fishing). Also, biotechnology can assist in replacing chemical processes with biological alternatives (e.g. enzymes) that are environmentally friendly. Biotechnology can contribute to food security in the region, for example, through the use of kits to detect plant pathogens. Therefore, it is important to establish the basis of a circular economy predicated on the principles: reduce, reuse, and recycle. In addition, it was mentioned that the lack of knowledge of local scientists in relation to the production of commercial products and services, inhibits regional development in biotechnology. Reasons for this include the lack of managerial skills, knowledge about international standards, good manufacturing practices and experience in the creation of business plans. As a strategy to address these shortcomings, it was proposed that there should be a focus on value added products, and an emphasis on the production of goods which have an established market.

The second section of the event was a panel discussion about sustainable extraction, where it was mentioned that scientists struggle to communicate with the industry about the importance of sustainability. The panellists recommended that when scientists approach industry to propose research into practical solutions to problems faced by industry (e.g. crops that use less water; bacteria used to strengthen mining roads), they should stress success stories of similar research which has been completed in the past. Furthermore, scientists should reinforce the practical nature of their research, by creating reliable indicators, data and estimations that provide useful information to the industry representatives. Industry members in the panel mentioned that generally, most businesses are willing to pay for research that solves a problem that is a headache for them. As a conclusion, it was stressed that scientists should focus on solving practical problems, viewed from an industry perspective. Also it was recommended that scientists should be confident, honest, independant and not be afraid of applying their research to practical problems.

The third section of the event discussed the future of agriculture, where it is well known that there is an increasing demand for food production and simultaneously there is a great deal of misinformation amongst the public about the use of new technologies. Specifically, there are some technology areas which engender fervent opposition, for example, the use of GMOs in agriculture. This section was explained with a simple example: You have to choose a car to go to work; one of them is a new model released this year and the other one is an old used car made in the 60’s. Which one would you choose? A few people would choose the old car, but most of them would choose the new model. And that is exactly the same way of thinking of farmers. If they have the option to produce more in a smaller area, reducing inputs and maximising outputs with less effort, they would choose the new option. 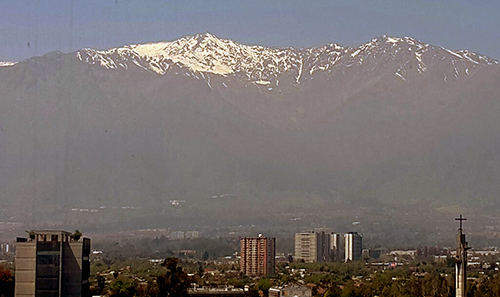 The fourth section of the event discussed technology transfer, where it was mentioned that policies in Latin America do not provide a suitable incentive for bio-entrepreneurship. The policies designated for start-ups in Latin America can be described with the slogan “One size fits all”. For example, Chile is capable of producing ethanol, but there is no government policy relating to ethanol as a bio-fuel in Chile and it is not added to the petrol in the local market. Similarly, the policies can be contradictory, where the scientist can see an opportunity in each problem, and the lawyer can see a problem in each opportunity. Furthermore, it was shown that most Latin American companies are competitive by price and not by differentiation. It means that Latin American countries are considered as cheap labour by other countries. Additionally, there is a misperception of technology development in universities, due to the stereotype that public universities should not charge for a service. There were two opposing opinions to conclude this section, some members of the panel considered that facilitating policies for technology transfer will create lazy researchers. On the other hand, others considered the opposite idea to be true.

The next section discussed the social impact of science, where there is a lot of influence of pseudo-sciences in the everyday life of people. This also includes the incorrect use of scientific terms to market products, causing misunderstandings, for example: “Organic haircuts” or “Epigenetic Shampoo for greasy hair”. A major currently relevant issue is the spread of fake information in social media. For example, in Santiago there are famous “witches that predict earthquakes” that appear regularly on TV. Interestingly, even though their predictions will usually fail, some people still believe them. Another well-known example is a video made a few years ago, that said that preserved milk with a barcode ending in 04 is recycled milk. This resulted in many people in Santiago buying only milk that had a barcode ending in 01. Similarly, a currently observed social problem exists in relation to vaccination. Vaccines have been so successful, that some people consider that those diseases do not exist at all and they do not need vaccines. People are seemingly prepared to disregard years of scientific research after performing a search in google, and reading unreliable sources which claim that vaccines can cause autism. This is a critical situation because misinformation can cause disasters. For instance, a politician in Chile heard that thimerosal (agent used for preservation of vaccines) is harmful and therefore it was banned for use in Chile. As a conclusion of this section, it was recommended that scientists should speak up and explain to society that there is a lot of fake information present, especially in social media. Also, that the best way to build a better future, is by taking a look to the past.

The last section discussed the future of biotechnology and bio entrepreneurship. Current biotechnology research occurring in Latin America includes the early beginnings of synthetic biology and genetic editing. Some initiatives to promote these topics include organisations such as TECNOX which promotes the use of technology to solve problems in Latin America. Similarly, IGEM is an organisation that promotes the use of synthetic biology to solve world problems. These organisations aim to incentivise bio entrepreneurship in Latin America, and throughout the world. Some examples of successful stories of bio entrepreneurs are: pre biotics for acne, bees to pollinate kiwifruit, meat made with yeast, leather made with fungus, spider silk to make ties, the “not milk-not-cheese, not-yogurt, not-mayo” food company, processors made with biological neurons and nipple regeneration among others. Furthermore, some biotech accelerators recommended during the event were AbbVie Venture, and IndieBio.

Overall, a great experience for Bere who will return to the Americas to make her mark after completing her PhD.