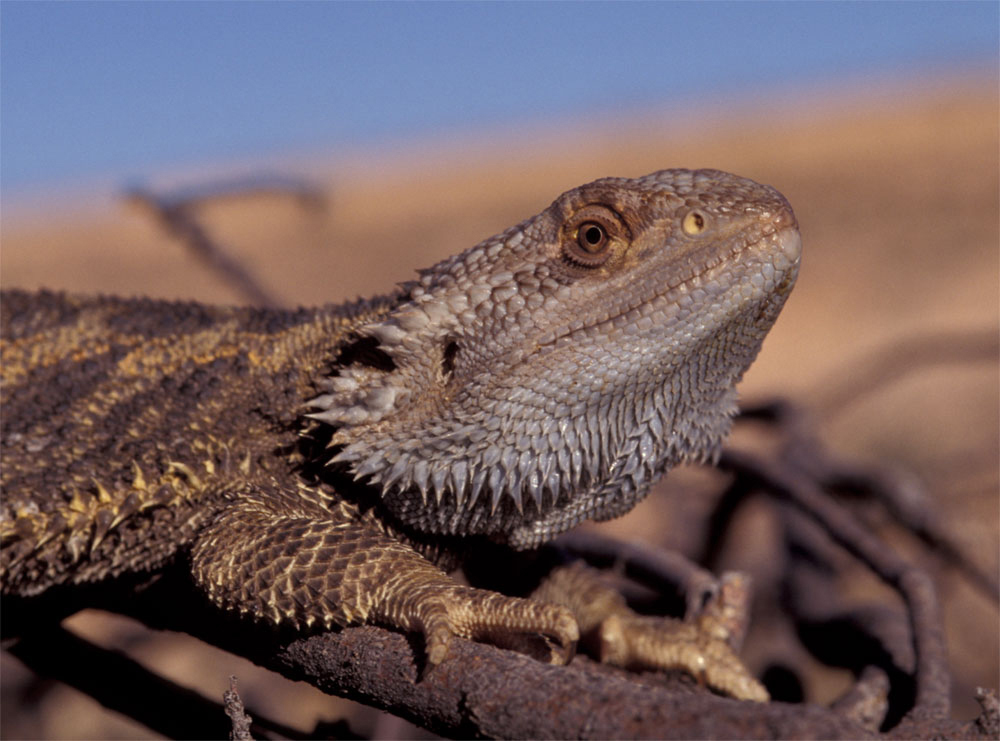 Ecology, Evolution and Genomics of Sex

We are using novel genetic, molecular and cytological approaches to build a picture of the mechanisms of sex determination in the central bearded dragon, Pogona vitticeps and other squamates. Central questions we address are: Which chromosomes are the sex chromosomes and what genes do they contain among which is the master switch? How does temperature exert its influence in species with thermolabile sex? What drives transitions in the relative influence of genotype and environment, and how do gene-environment interactions play out in the wild? 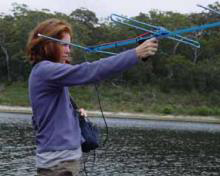 Hidden Life of the Eastern Longneck

Possibly our most well-studied turtle, yet mark-recapture, radio-tracking, behavioural studies, and molecular studies are yielding many surprises on its secret terrestrial sojourns. We now know that this species spends an extraordinary amount of time on land, navigating by the sun, conserving water through terrestrial aestivation and episodic movement associated with rain, that it can survive and thrive in urban systems given the right combination of conditions, and that it comprises a single species across a wide range in eastern Australia with little genetic diversification. 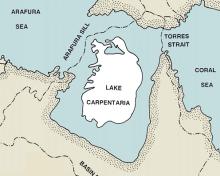 Australia has a unique freshwater turtle fauna, dominated by the Family Chelidae. Chelid turtles are found only in Australasia and South America, even as fossils, and so are of clear Gondwanal origin. Remarkably, as with the marsupials, the Australian and South American radiations appear to be independent, with no crossover in the relationships among the various species on each continent. Our research ranges from phylogeny, including recent sequencing of the whole mitochondiral genomes of the Australian chelids, to examining species boundaries with allozymes (formerly) and now single nucleotide markers, to phylogeography at regional scales. 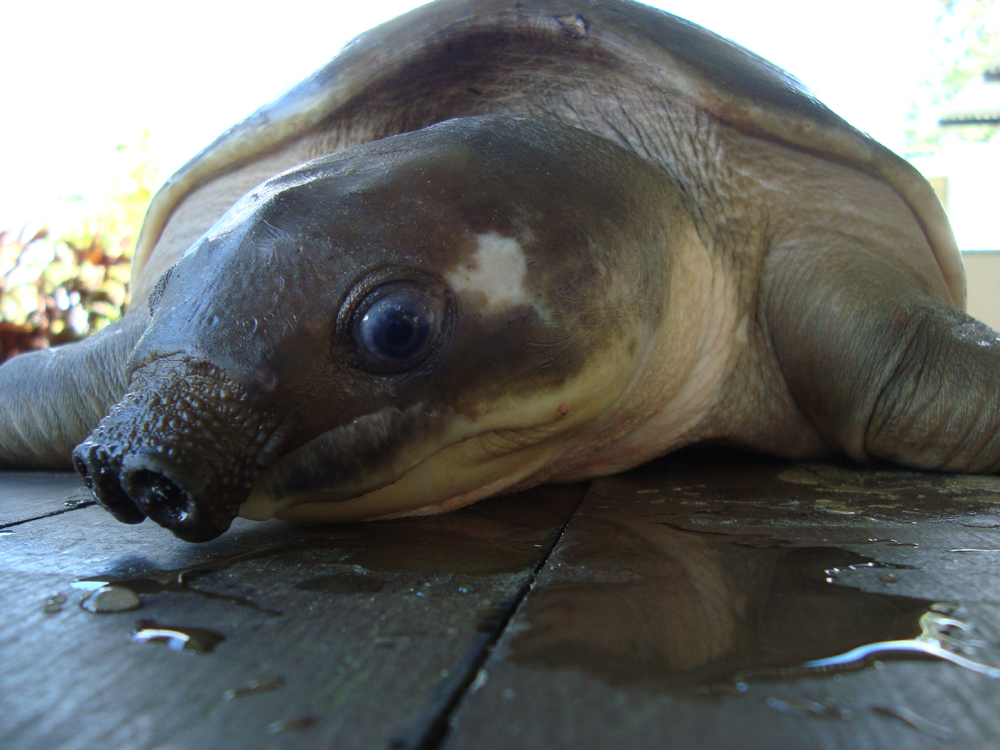 The pignosed turtle is the sole remaining species of what was once a widespread family distributed through Asia, Europe and North America. As such it is of considerable conservation interest, and its biology holds many novel surprises. We have unravelled the complexities of temperature-dependent sex determination in natural nests of the species, learned much of its reproductive biology including the habit of nesting twice every second year and its split personality when it comes to nesting in the New Guinea lowlands. Its conservation biology in Papua New Guinea is a focus of our current research, working along side local communities in bringing about solutions to ensure sustainability of populations of this important food resource for future generations. 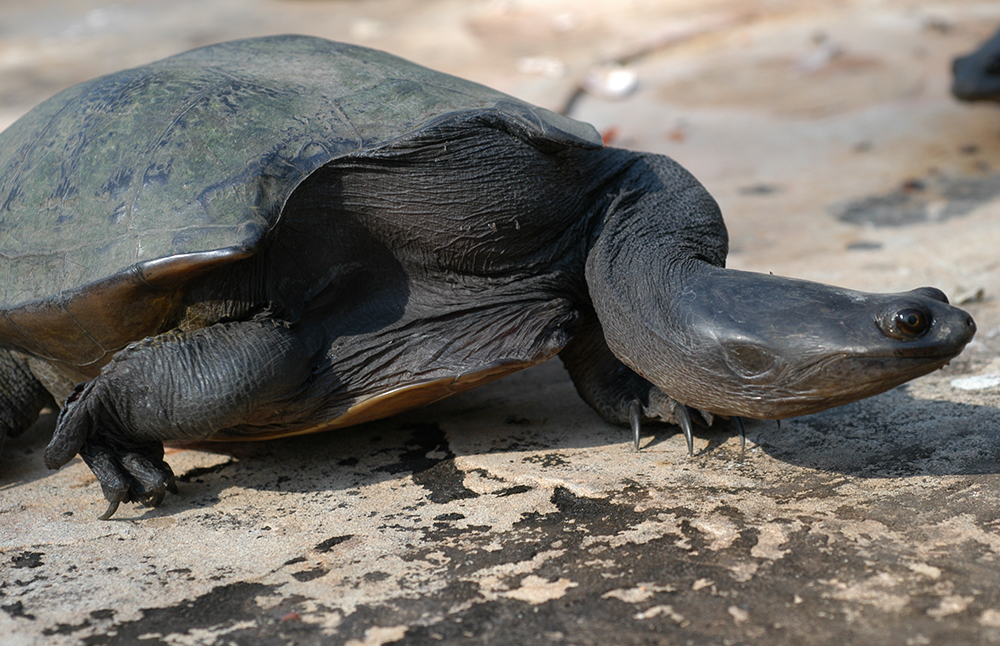 Snakenecked Turtles of the North

The northern snakenecked turtle Chelodina oblonga (formerly rugosa) has some remarkable ways of dealing with unpredictability in the availability of water in the wet-dry tropics of Australia and southern New Guinea. The adults aestivate beneath the drying mud of their billabongs to wait out the dry season, where they are susceptable to traditional harvest by indigenous peoples and exotic predators such as feral pigs. They cope with unpredictability in the timing of the end of the wet season by laying their eggs in saturated soil or even underwater. While innundated, the embryos undergo early developmental arrest stimulated by hypoxia. We have invested much time and energy in unravelling this intriguing reproductive biology. We described closely related species of snakeneck from the sandstone country of Arnhem Land and the Kimberley. 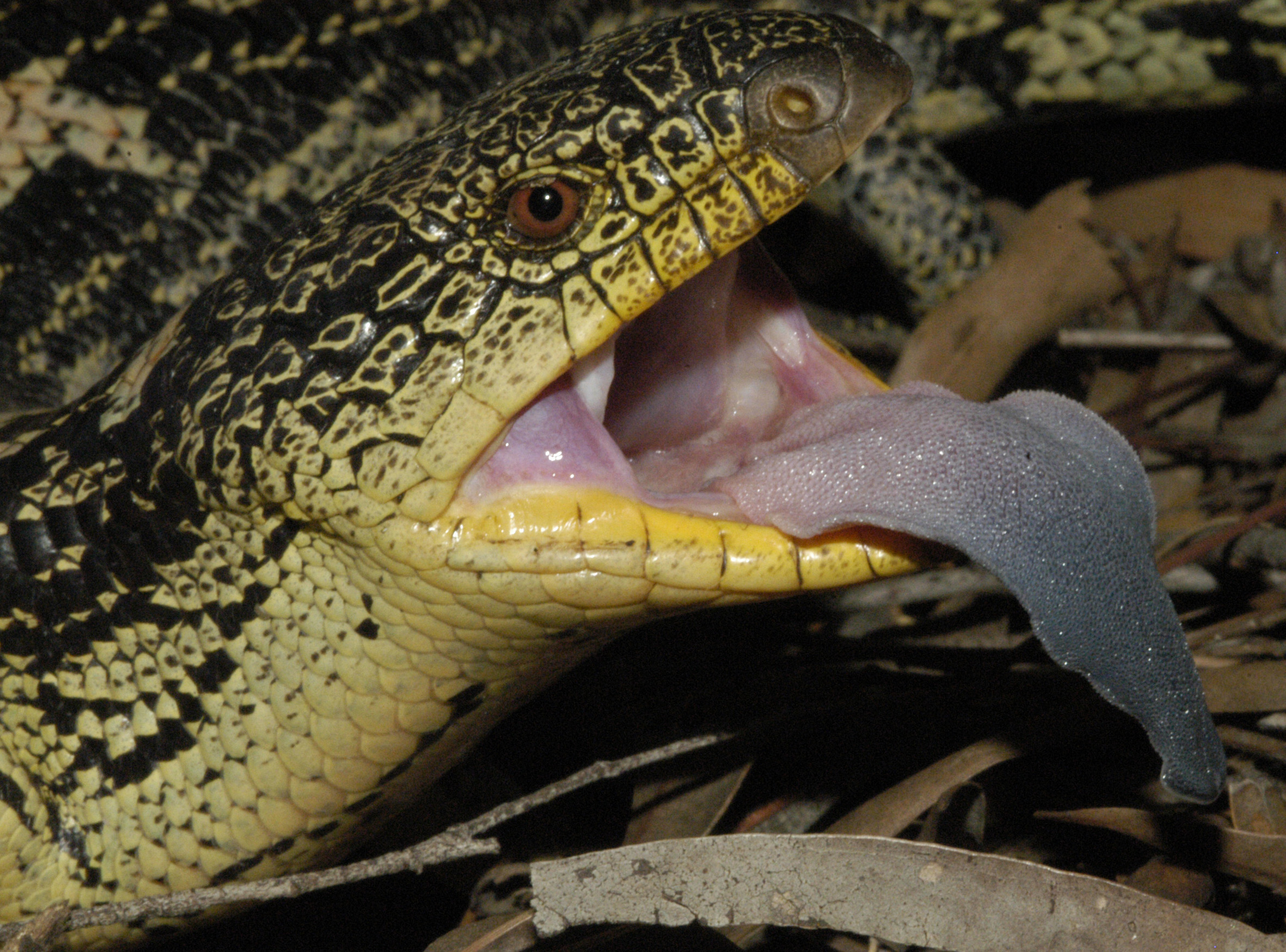 The Australian Amphibian and Reptile Genomics initiative is a nationally inclusive and collaborative project co-led by Prof Craig Moritz (ANU) and Prof Arthur Georges (University of Canberra) and driven by the research community through partnership of universities, museums, government agencies and NGOs. The initiative will facilitate research using genomics approaches towards a more thorough understanding of evolution and conservation of Australia’s unique native Amphibians and Reptiles that are now under threat, through climate, disease or habitat modification. Bioplatforms Australia has funded this initiative which will operate under the governance of representatives from Australian museums, universities and government agencies.